The Beast King and Queen - Guest post by Advika Basu 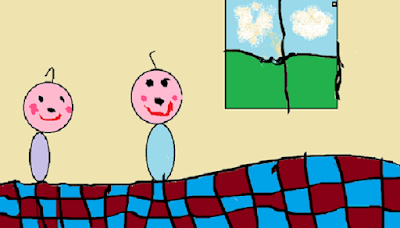 They had so much fun in their childhood but they became more and more selfish as they got older.
One fine day they became a bossy king and queen. They asked for money, diamonds and rubies otherwise the people were not allowed to stay in the kingdom. 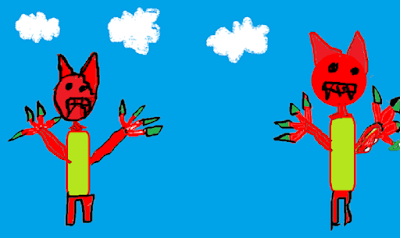 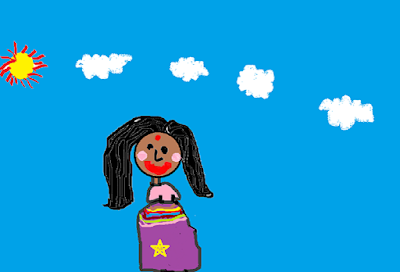 The little girl gave the king and queen lots of yummy goodies. To their surprise their faces were not red anymore. The kind little girl gave them a nice leg massage. Then their nails shrunk.
The girl poured hot water on their bodies and cold water on their hands and legs. After that their skin became normal. Then the girl took them to the dentist. The dentist pulled out all the beast's teeth and then replaced them with normal teeth.
The king and queen were so happy that their horns magically disappeared. 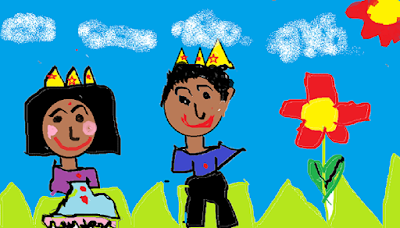 After that the king and queen became very kind to their people and they even let them have an elephant ride for free.

Posted by girigitlay at 8:26 AM

Email ThisBlogThis!Share to TwitterShare to FacebookShare to Pinterest
Labels: The Beast King and Queen - A story by a little girl.